I was copying some pictures from my SD card when I chanced upon this photo. This was taken last year when the kids decided to go to Broadway Centrum and try to watch Eat Bulaga live. Unfortunately, they were not able to get in because there were several excursionists and because they were late. They were there at 10am. I was told that you had to be there at 5am if you really want to get in. So they decided to just hang around and wait for the Dabarkads to finish the show. Luckily, they were able to get their photos taken with some of them. Here they are with the late Francis M. I remember my son gushing about how cool Francis M was and how easily he posed with them. And look how healthy he looks here. Sadly, after just a few months, he was diagnosed with cancer and Finlay succumbed to the disease last month. 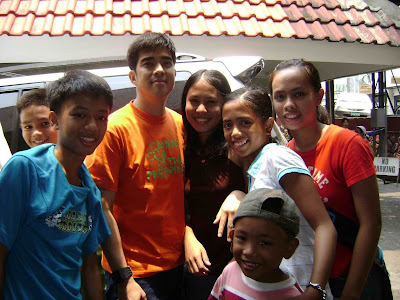 Anyway, his memory and legacy will live forever. Here's to you, Francism.