I hate this taxi driver!

What was a happy occasion almost ended up being too stressful for me last Tuesday when the driver of this taxi refused to drive us home saying there were too many of us! We were at SM Centerpoint for dinner and when it was our turn to ride the taxi, the driver counted us and refused pointblank saying we will damage his chassis! There were only four of us: my mom and sister and me and my son! I ended up shouting at him that he should be driving a truck and told the guard and everybody in the queue in a very load voice to not ride his taxi. I was waiting for one person to move and I was ready to unleash my fury but no one did so the driver was forced to move without a passenger! 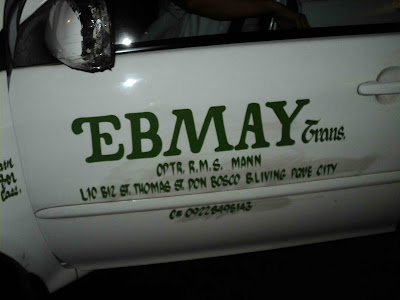 Our house was just a few turns after Araneta Ave. and he could be right back at the SM taxi queue in 15 mins had he driven us home. I do not know his problem and was just pissed for his unjustified refusal. Oh well, when you see this taxi, just tell the driver I said hi!