Now, Where Will Smokers Go?

With the renewed efforts of the MMDA to implement their anti-smoking in public places campaign, where will cigarette smokers go? I rook this photo from the bridge way of my office building going to Robinsons Galleria. Since the building was strictly non-smoking, they had to make do with this space to smoke. 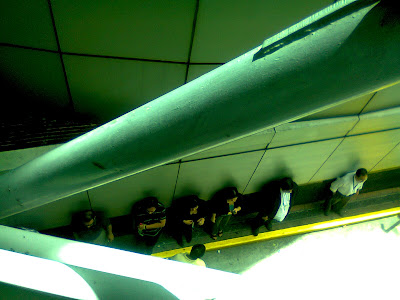 And just this afternoon at Starbucks in Galleria, I found out that they do not allow smoking also! If I were a smoker, I would probably feel that it would be better to quit than look so stupid looking like the above! Besides, its a known fact that smoking kills. Good thing I never really liked it even after getting curious and trying it during college. Well now, I am just working on telling my kids never to try smoking!