How Not to Set Up A Chocolate Fountain 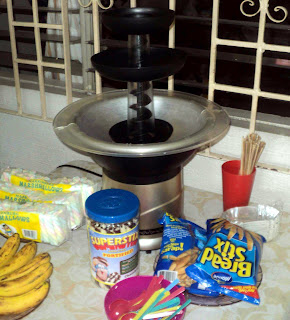 So I poured down the melted chocolate, thinking(quite wrongly) that once it is there, that it would pump up and go all fountain-y! Boy, I was wrong! It wouldn't pump! Apparently, the voltage transformer was too little so we had to find one with a bigger voltage. 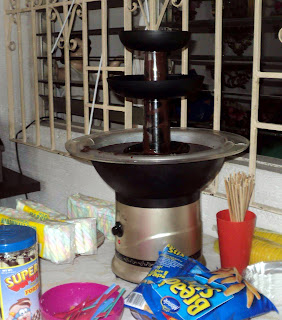 And it wouldn't pump still! So I had to take out all the chocolate (too messy!!!) and put some oil on the thingie at the bottom until it finally worked. This was after some frantic call with my office mate, ha ha. Finally, finally the chocolate fountain worked! 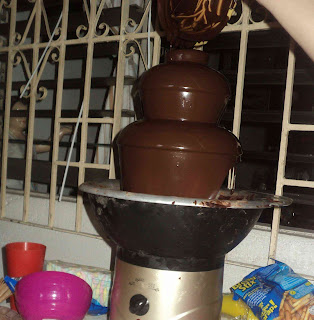 And my son was the first on the line to try it! 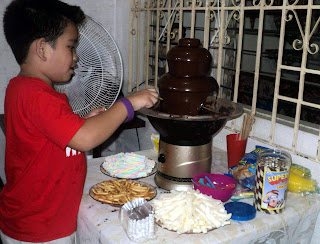 And the adults too! Setting it up while actually worth it after seeing the happy faces of the kids and the adults. It was such a hit and made the party a lot more fun! 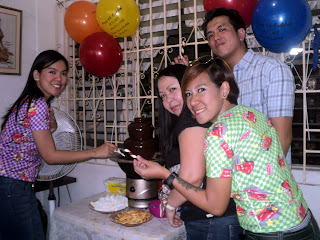 So how not to set-up a chocolate fountain? Try it first! Ha ha, I learned the hard way!