Last December, we went to Divisoria and it was C-R-A-Z-Y!!! It was as though everybody was in Divisoria!  Ha ha ha, I should have known better than to go there on the last weekend before Christmas but I was with my mom and my sister and we are brave! Well, not brave enough because we went to the less crowded Tutuban Mall and not even bothered to cross the street (what street, it was full of people!).  So after buying shoes and clothes and bags from the stores inside the Tutuban, we went in search of lunch.  We saw Bentot Tapsilog and we were instantly curious because there were lots of people inside.The signage on the side was very catchy too! 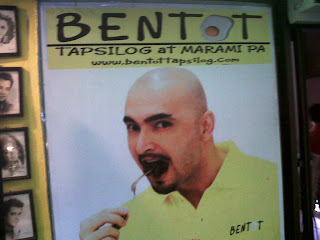 The food was cheap and filling, but not very memorable.  For the three of us, I didn't spend more than P200.  But what I like more about the place, than the food, is the collection of memorabilia on display. 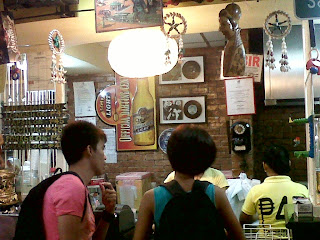 There was a lot! From old movie personalities, to news paper clippings to signage!  All from the 1970's as far as I can see. They have lots of photos and stuff of Tito, Vic and Joey, of Marcos and Imelda and a lot of other stuff. Coolness! 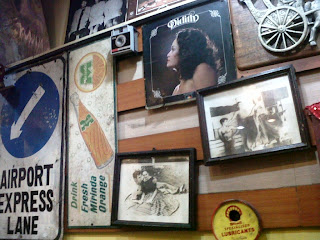 And even the electric fan is retro! There was even a sewing machine being used as a display table.  I love it! I didn't mind that it took them a while to serve the food because I was busy checking out the place. 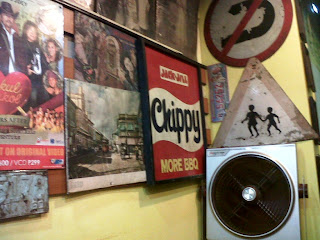 Oh, and here is the food that we ordered: Porksilog for me and my sister. Actually, it was Porksisi because they ran out of egg.  They gave an extra rice in place of the egg.  Their delivery van was stuck somewhere in traffic because the street outside was too full of people! 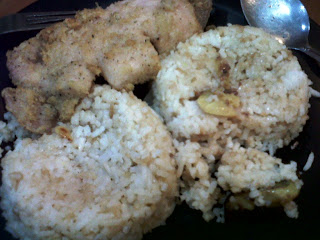 I ordered this extra talong with bagoong for only P25. This was good. Of course, you cant go wrong with talong and bagoong. 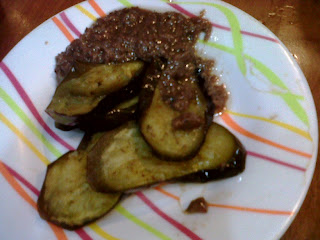 And my mom's food.  Did I say it was filling? 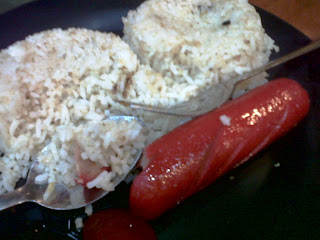 Anyway, I don't think I will eat again at Bentot Tapsilog, but I wouldn't mind passing by again to check out their interior display!