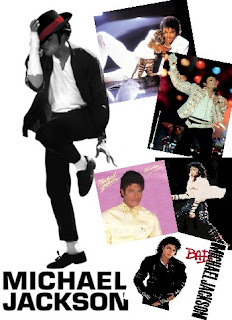 Photo Credit
We were watching Unang Hirit this morning while preparing for school. My eldest, while eating breakfast asked, "Mommy, why do they all talk like that about Michael Jackson while when he was alive it was "wala lang". They even called him Wacko and said bad comments about his face and nose. Now, they all talk as if he was the best person who ever lived and how good he was as a friend?"

I looked at my young son, who is now 11 years old and saw only confusion on his face. I told him that when a person dies, we usually just want to remember the good things about him. I said, look at our President Gloria Arroyo and how people hate her now. What if she die tomorrow, do you think people will rejoice? Of course not, we will all find something good about her and focus mostly on that in remembering her. Michael Jackson, through his music has touched many lives. Music inspire people, move their emotions and sometimes, mirror their lives. So even if people do not know MJ personally, they feel the loss of his passing. I told him to imagine how he would feel if his favorite artist dies and he had to agree. I just hope that he understood what I meant. My other son said, Di ba Mommy, we danced Thriller when we were in Prep? And he did the moves.

So yes, maybe some people, like his family and friends are more affected by his death. But surely, all of us who have heard his music has been touched by his life and therefore will mourn his passing. I just wish that people will remember more of his greatness as an artist and his contributions to music, rather that his frailty as a human being.

to you MJ, some lines from your song: