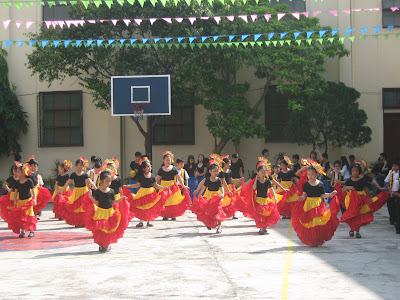 This was taken during my son's field demonstration last week when they danced to the tune of Bailamos. They had the most beautiful costume, thanks to the captivating combination of red and yellow. My son is on second to right of this picture. I was happy to see that he was dancing very well because he is a shy kid. But I guess he did enjoy himself as he was even waving to me before and after the dance. It was also a surprise that he liked his costume, as he is a t-shirt kind of kid, just like me. He would love this Navy SEALs Tshirt as I would, but he looks so good in his Enrique Iglesias ensemble! I just wish I was able to take a closer shot.