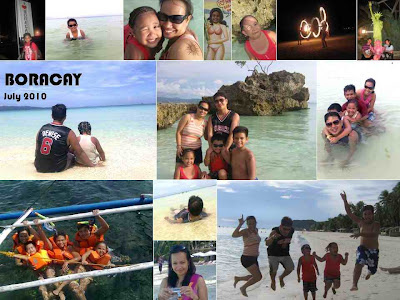 I was commenting on a friend's Facebook post about his New Year's resolution when he said he was already Philippine-traveled out. He is a foreigner temporarily living in the Philippines and he was with us last October when we visited Coron. He said he only wished to visit two or three more places in the Philippines because he have been all over the country! That is my wish for myself: to be Philippine-traveled out and keep at it, I have already two trips planned for the first quarter of this year. We will go to Puerto Princesa this February and then to Cagayan de Oro in March. The tickets were bought last year during Cebu Pacific's seat sale. I really want to visit the underground river in Palawan and check out those narrow boat holidays being offered by some resort there. I also want to check out Camiguin and the sunken cemetery when we visit Cagayan de Oro in March. Unfortunately, there might be hitches to my plan of touring the country as my husband and travel partner, also known as the financier, is already complaining about the number of leaves he had to take this next two months alone. So I guess I really have to choose between Puerto Princesa and Cagayan de Oro if I want to visit just one. So where do you think should I go first?