Pangangaluluwa and Trick or Treat

We went home to my hometown in Batangas for Undas or All Saints/Souls Day last October 30. Because we have work on November 2, we offered candles and prayers at my father's grave on the same day and the next, and went to travel back to Manila on November 1. But despite the short vacation, I was happy that my kids were able to witness a local tradition, ang pangangaluluwa. A group of people would come to your house and sing and you give them money, much like Christmas carolers, but this one is done during Undas. I cant recall what they were singing but they were sung in Tagalog and sounded like songs for lost loved ones. 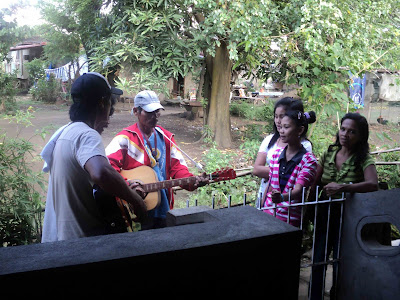 The photo above was taken on the afternoon of October 30 and the one below was on the night of October 31. I don't know the rules, but I guess it doesn't matter whether you come in the afternoon or at night, as long as you sing. My elder sister said she used to do this when she was in high school and it was a lot of fun then, though they didn't receive as much money as the nangangaluluwas today probably get. 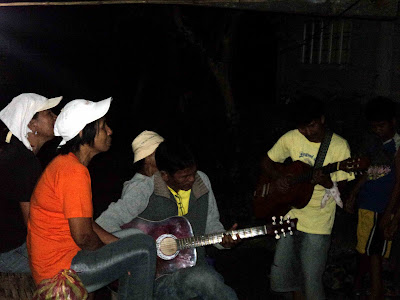 And then on our way back to Manila going to Sta Rosa exit, we stopped by at one of the stalls selling Japanese corn and look at how this girl was dressed and made up! She was trick or treating for the motorists! 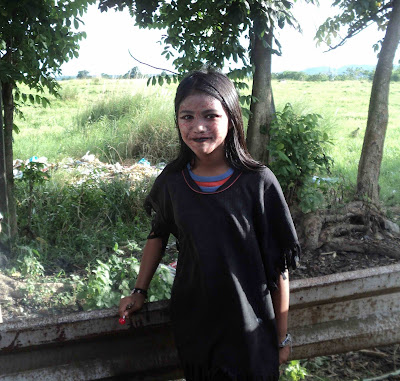 My husband and the kids liked it so much we probably gave her more than we paid for the corns! Such an enterprising young lady!