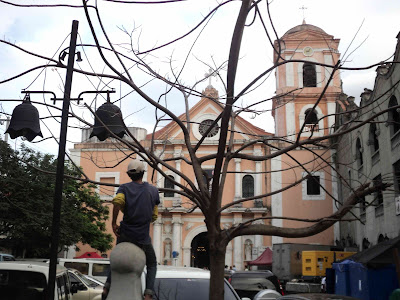 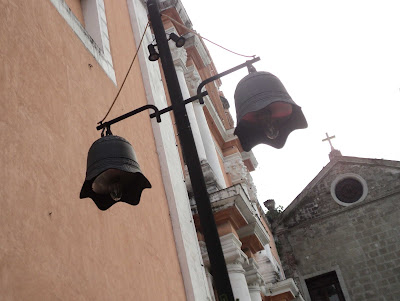 But just look at the details in one of the church doors and am sure you will be amazed at how magnificent the inside is. This is a favorite venue for weddings so there must be something special about this church! 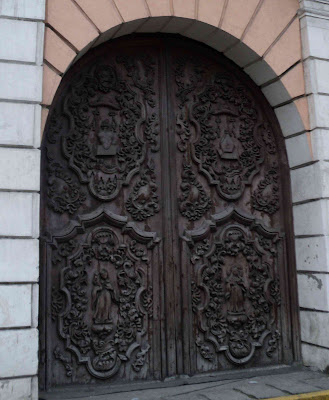 I will try and visit (and take photos) of the interior of the San Agustin Church in my next visit, as part of my continuing Manila Diary.
No comments: 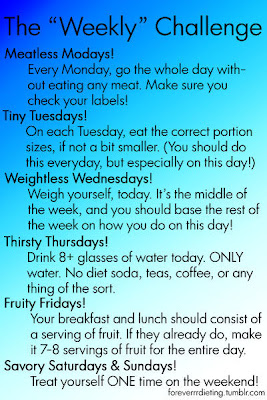 source
Have started this today and so far, I am on track. Have finished lunch and have not eaten any meat. Hope I can continue this until dinner and then the week. I really need something to jump start my diet so as not to waste my daily 5-6k run.
No comments: 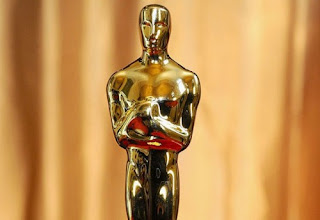 Live via Twitter, here are the full list of winners of the 2012 Oscars or the 84th Annual Academy Awards:

I took a photo of this drainage while we were gassing up along Aurora Blvd last week. This is just after the UERMMC hospital and the CCP school. The drainage construction along Aurora Blvd has been going on for some time now and I was surprised when I saw that the drainage was filled with debris. You remember that it has been raining for several days already. 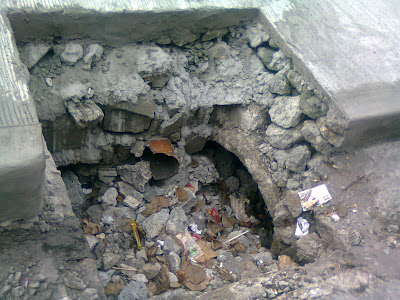 Now I wonder if all those drainage repairs are just a waste of money. Maybe they will take out the debris when they are ready to cover it but in the meantime, and just like last time when it rained, some of it will already fill the drainage! Is there a government agency supposed to look at how the construction company who bid for these projects see if they actually do a good job? I have been passing by Aurora Blvd for some years now and I have seen projects that uses taxpayers money but are either useless or substandard. Those same drainage have been repaired already some years back, and yet there is still flooding in the area. And now I know why. Oh well, maybe its because we let them get away with it?
No comments:

I found this post on 9gag.com and cant help laughing because this is so true! Just last night, my kids were studying and my husband was just sitting at the sofa while I was preparing dinner. Each one of my three kids has a question for me, who was busy cooking, while my husband was just watching TV! And when I stepped out to get something, I hear at least one of them asking their dad where I went! Ha ha, true story! 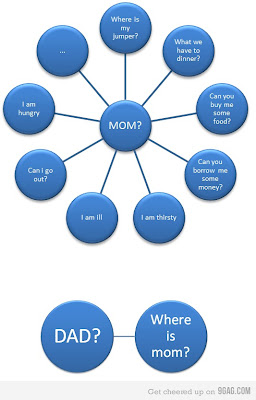 Of course, in fairness to my husband, he is willing to step up once I call his attention. Since I was cooking, he helped Danniel look for pictures of Philippine folk dances and even showed Drexelle how to dance the Manlalatik. I also remember him doing something about the cheap computer desks that we used to have and which now fits the living room nicely. But I dont know why but my kids really have this habit of asking me first about anything before I point them to their dad. While it is funny most of the time, there are times when it is not funny, especially when you are already tired and still has a lot of things to do. But hey, it comes with the territory :-)
No comments:

Palacio del Gobernador is located infront of the Plaza de Roma in Intramuros. It currently house the offices of the Intramuros administration, Comelec and other agencies. Comelec used to occupy the next building when I was working here in late 1990's and when I visited last February 1, that space was just a vacant lot. 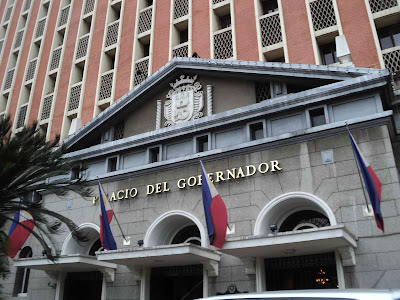 It was the residence and office of the governor general, way back in the 17th century, long before Malacañang housed the executive. For more on the history of Palacio del Gobernador, check this entry.

Writing rules! And so here are some rules to keep you writing! 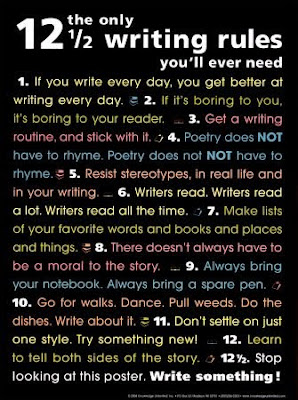 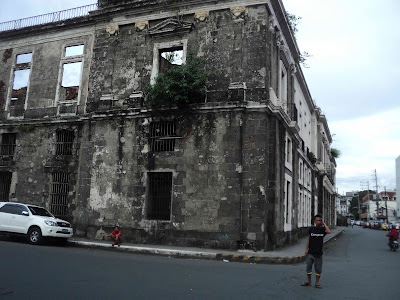 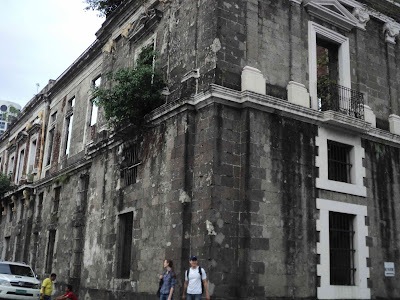 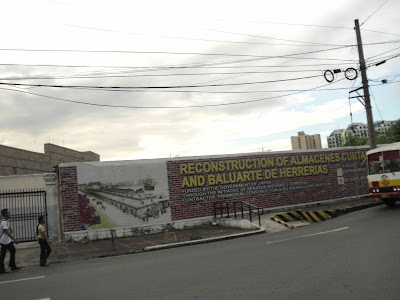 If you look at this map, the Aduana is referred to as the Intendencia ruins. You can also peruse that map to check out the whole walled city.
No comments: 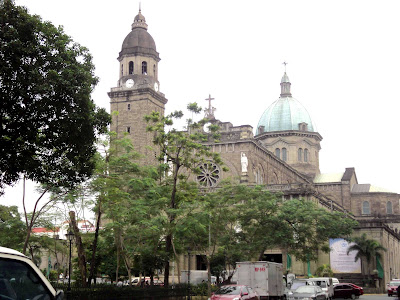 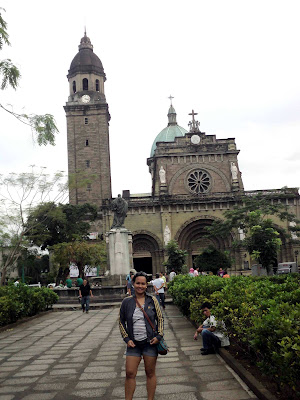 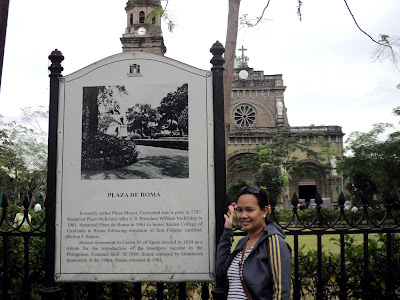 This is the Fort Santiago in Manila. To get there, with your back to Plaza de Roma, the street facing the Manila Cathedral will lead you directly to Fort Santiago. Since this was just a chance to take pictures of the tourist sites in Manila, we didnt go inside and just took a photo with the marker. 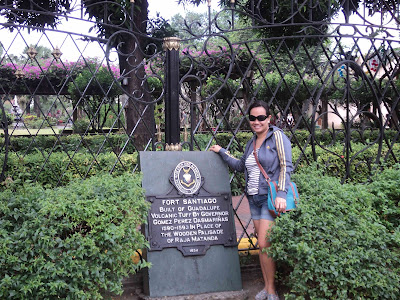 Admission fee is P50 for students and children and P75 for adults. The park hours is 8am to 6pm daily while the Rizal Shrine opens at 1pm-5pm on Mondays and 9am to 6pm for the rest of the week. 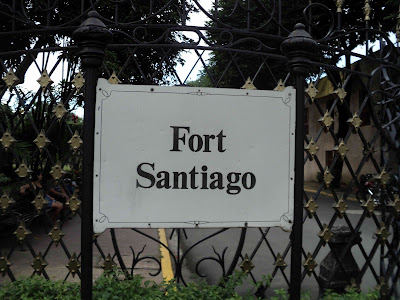 For more information about the history of Fort Santiago, check out another tourist account here.
No comments: 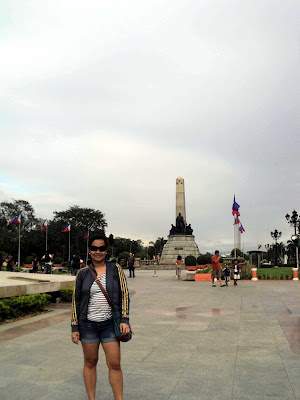 For my 35th birthday, I decided to do a two-hour tour of Manila, hence the Manila Diary. On the way home from Baclaran after hearing mass, I had a photo taken at the KM 1 marker, and then at Luneta Park. I felt like a tourist while doing this just for the fun of it!

While I have been to Luneta countless of times, I have never been there like a tourist, hi hi hi. Its either I am a mom accompanying her kid on a field trip at the Diorama of the Martyrdom of Rizal, or just there for a picnic and some exercise. So for my birthday, I wanted to see some sites as though I am from another place. And it was fun and exciting, and thrilling! We wanted to see as much of Manila as we can, while on a motorccyle! It was fun, and I wanna do it again!

For more info on Luneta Park, check this and this.

Next stop, Fort Santiago.
No comments:

This is the KM 1 marker of Manila which is at the Roxas Boulevard , near Manila Bay. This is the first stop of my Manila Diary. 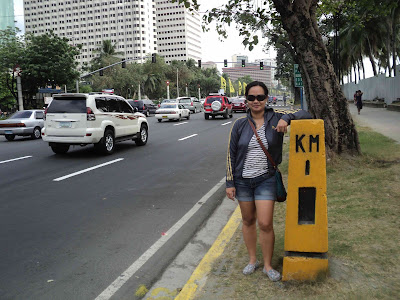 There is also a KM 1 marker at the back of Intramuros in Manila, but I was not able to take a photo because of the traffic. If you want to know what the KM marker means and how to read it, please refer to this post and this post. You may also want to check out this post. Some may ask why I have a photo of the KM 1 and not the KM 0? Well, my journey of the Philippine archipelago has already started and I want to use this KM 1 post as marker for all my future journeys. I have traveled as far Palawan and Cebu and Bohol but I want to travel further. This is the beginning and this Manila Diary is just another way to do it. Why not visit the seat of the city and document it here? I have been to Fort San Pedro in Cebu, but have never been inside Fort Santiago so I guess something is lacking in my travel education. So, this post is the start of that education :)

Friday Quotes: Life is an Adventure! 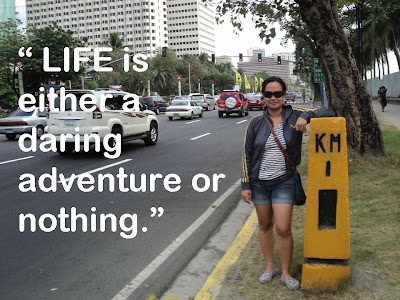 I think I need to explain the image above. That is the Kilometer 1 marker of the Philippines. The KM 0 marker is located near the Rizal Monument and so I have traveled just 1 KM of the marker. My goal is to document my newest adventure: that of traveling farthest from this marker, preferably out of the country or just the farthest in the Philippines.