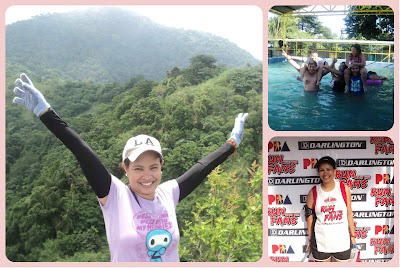 These are the things that I miss doing the most on weekends: hanging out with my husband and kids, running and climbing mountains! Nakaka tatlong bundok pa lang ako sa Batangas! Wahhh! Since classes for my MBA started last June, I feel as though I don't have enough time on my hands. I know that some sacrifices have to be made if I want to reach my dreams, but sometimes, when I juggle work, motherhood and schooling and I get so tired, I would think why I am doing this?! And a little voice in my head would keep on nagging me and say, "why ever not?" :) Indeed.
No comments: 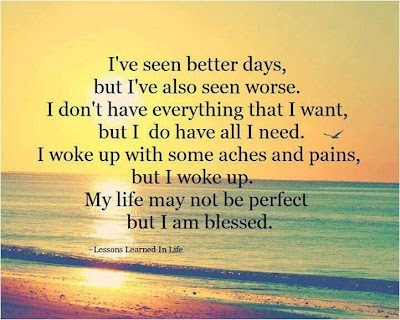 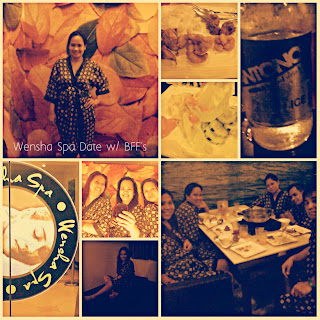 My friends and I availed of the Metrodeal promo of Wensha for P499 for a 6-hour spa treatment of either body massage or foot massage and use of facilities such as the hot or cold jacuzzi, steam sauna and dry sauna, and the buffet. Upon arrival, we presented the voucher at the counter and we were given a locker key, and we deposited our shoes and we were issued slippers (which were oily and slippery).  Then we went to the locker area to change into our robes. We were each given a robe and a towel.  After changing to have our names listed down for the massage, and then we went up to have dinner.  Dinner was a sad affair.  They only had fried chicken, fried fish fillet and adobo. There was a hot pot, but the meat was not available.  The meat for the barbecue was also missing, as well as the dressing for the salad (which consist of carrots, cucumber, lettuce and the lumpy dressing).  We just sampled the food, and then went down to the jacuzzi area.  Of course, girls and boys go to separate rooms.  We had to strip down and shower before we can get to the jacuzzi, and sauna.  The facilities are okay, but nothing spectacular.  We went there on a Friday so there was a good number of people but it was manageable.  We stayed for more than an hour, then showered and changed back into our robes for the massage.  By the way, we only had one towel so it was too wet when it was time to shower! The massage was great actually. After the massage, the therapists gave each one of us an envelope for the tip that we were to pay at the counter before we check out.  After the massage, we changed back into our clothes, and head back to the dining area for some more food.  There was meat this time for the hotpot (though it was mostly the fat portion!) The drinks were unlimited, but they only had the Antonov drinks available! Duh! The barbecue meat was also available, but again it was mostly fat.  Anyway, we had a great time because we were together and the experience was quiet new for all of us, but it was not something that we wanted to do again.

And by the way, we only had three vouchers with us, but they do offer gift cheque for P500 for the same service.  Hmmm, so Metrodeal does not really guarantee the best deal after all.
No comments: 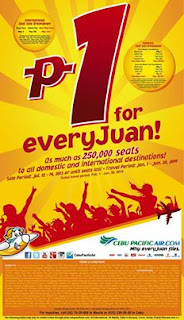 People at the office are going crazy making travel plans for 2014, thanks to Cebu Pacific's Piso Fare. Selling period is from now until seats last, and travel period is January 1 to June 30, 2014.  I am not booking any trip yet, as we already have that Cambodia-Vietnam trip in February 2014, and the planned Ilocos or Baguio trip during the summer break.  But to all of you out there who have yet to make plans, check out the seat sale now!
No comments:

We paid P549 for the discounted Metrodeal voucher to avail of Dad's Crossover Buffet. And it was okay.  The food was okay, as always, but really nothing extraordinary like the steak in Crowne Plaza or the baked goodies as Wildflour. We went home (ay back to the office pala) filled up to our throats though, hahaha! Apologies again for the crappy Blackberry photos.
The lechon was good, as well as the Adobong Balut.  But the lumpia was nothing to write home about.
The tempura was okay but I had to take out some breading. The rest was okay but nothing extraordinary too.
The roasted turkey was okay as well as the rest of the food on my third plate.  By this time, we were so full already that the desserts held not much interest except for the ice cream.  You can always have room for ice cream :)

All in all, the experience was fun, but not something that you would enjoy doing always.  A once a month or once a quarter visit is recommended so that you will never get tired of the food :)

Last week, I tried one of the restaurants that my friends have been raving about: Yabu, House of Katsu.  We went to Megamall, and ordered this Rosu 180.  I am not familiar with their menu, but this came highly recommended.
The great deal was the unlimited rice and unlimited shredded cabbage. The dressing was unlimited too, hahahah! We had as much as we can, and we really, really loved it! This put a dent to my wallet at P450+ for my own meal (because I usually spend up to around P200 only when I eat out) but IT WAS WORTH IT!  Authentic Japanese dish at a reasonable price. I will come back again!
No comments:

Last week, because Heat won versus Lakers (or was it the other way around?) we were treated to lunch in Podium. We had a hearty lunch at Brazas, but due to my bad allergies, I didn't enjoy it very much.  But what I did enjoy was our dessert at Wildflour.  Oh men, talk about orgasmic, hahaha!  Apologies for the photo as I was using my crappy Blackberry, and obviously an injustice has been done to these pictures. But suffice it to say that they taste 100x better than they look in these photos.
The crust in the pie was just heavenly!
Way better than Cinnabon! Just look at the generous toppings of nuts on this one.
Mmmmmmm, melts in your mouth!
Oh and the chocolate cake was simply divine.  And this one was my favorite.  I wanted to buy some Chewy but I was so full by this time, walking was already a chore.  We will soon come back for more sinfully delicious goodies!
No comments: