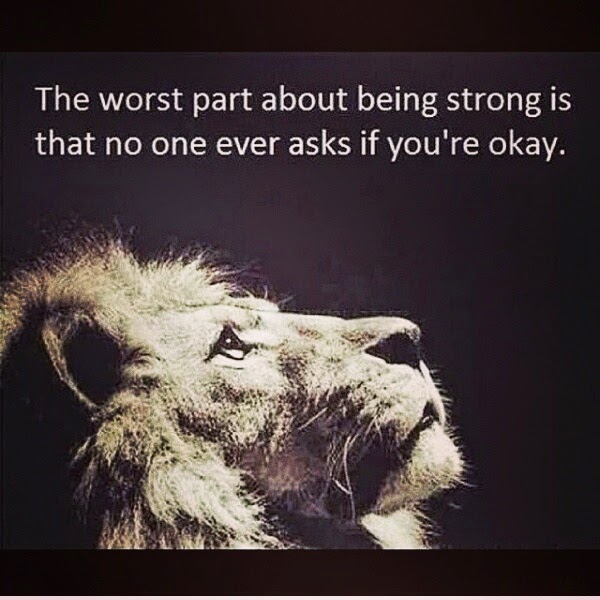 Yup. I know how it feels.
No comments:

Keeping Safe at Home During Typhoon 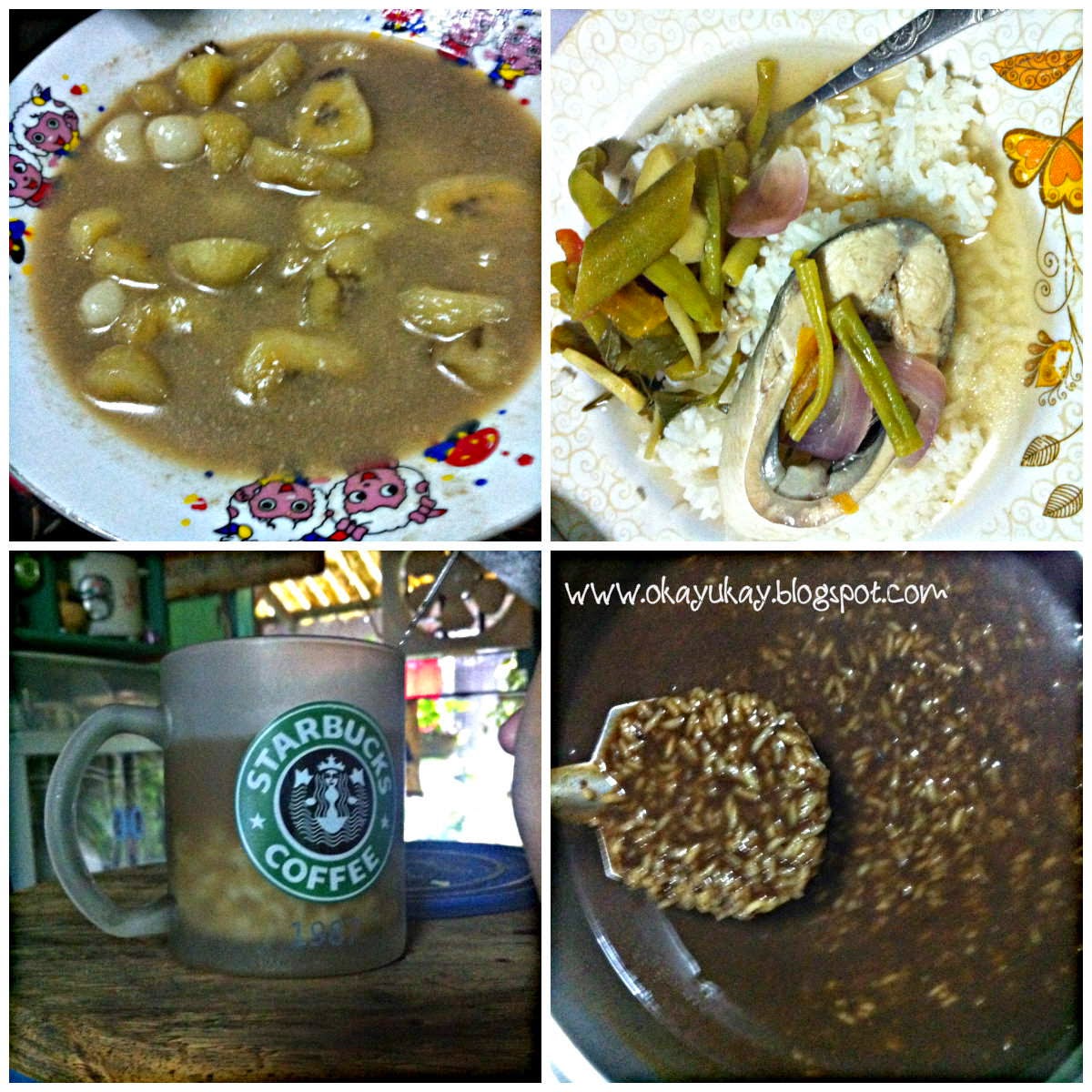 Last September 19, we were on high alert at home ready for when the water rises and flood reaches inside the house, like it did with Ondoy.  Thankfully, flood water only reached the gate, and we had continuous supply of power and cable and internet.  My husband and I tried to go to work but came back on when we couldn't find a way with out motorcycle and decided to just take a leave and be safe at home.
So, now safely and warmly stucked at home, we planned the meals!  And we what we had were all best for the rainy weather.  We had a cup of noodles for breakfast, sinigang na bangus for lunch and then ginataan for merienda.  Then we topped it off with tsamporado.  The best!

Earlier this month, my daughter and I had a DIY Hot Oil session at home, and it was so simple and fun! 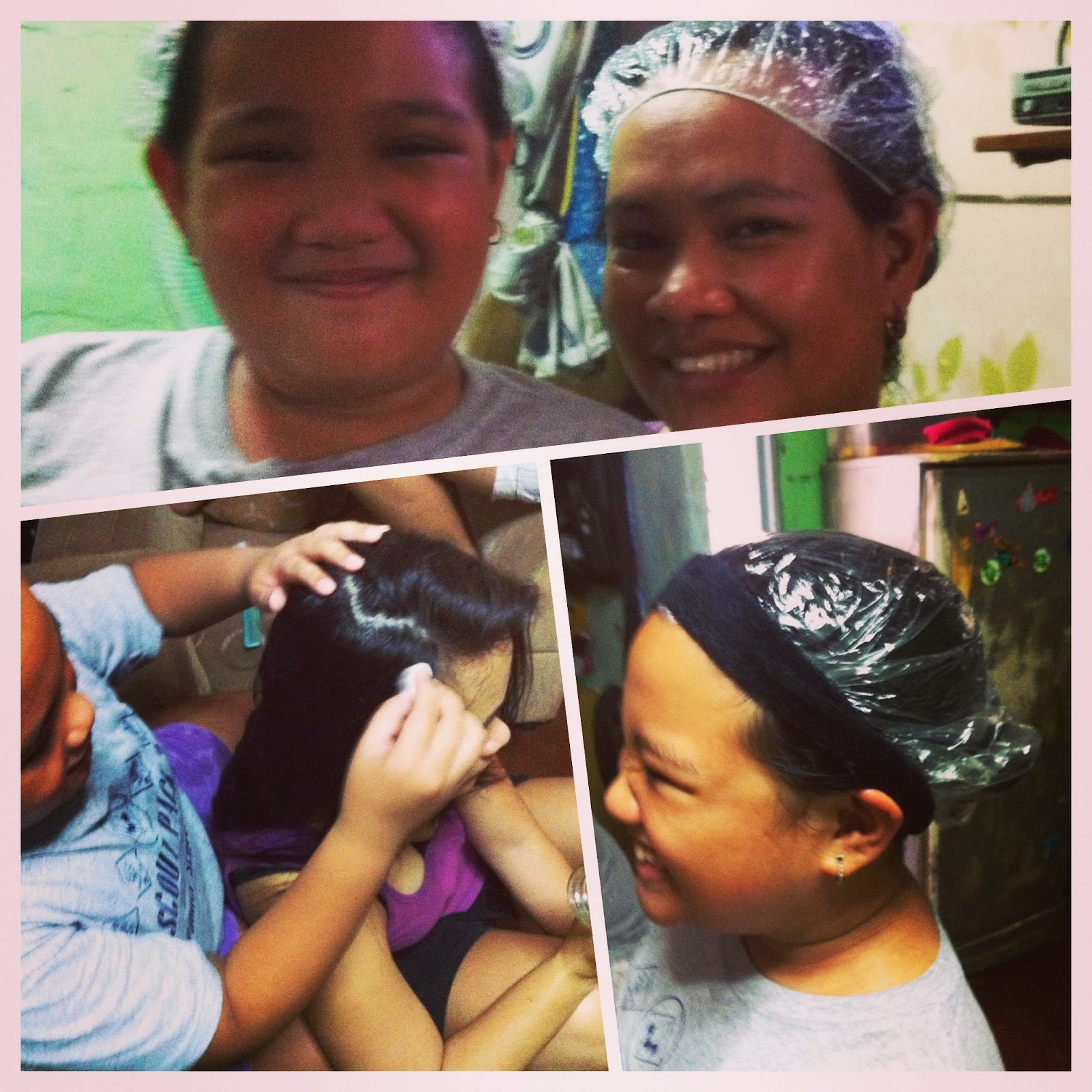 Here are the instructions on how to do it:
1. Prepare your oil.  I used coconut oil that I made myself.  You just need to heat the shredded coconut on low fire, stir until the oil comes out and the shredded coconut turns brown.  Then filter the oil and keep in a bottle or sealed container. It smells so good, good enough to eat!
2. Using a cotton, apply oil to the scalp, the roots and the end of the hair.
3. Massage the scalp to apply oil to all the areas.
4. Cover your hair with a shower cap for 2 hours.
5. Shampoo your hair and use conditioner if desired.
6. Voila! Enjoy your smooth and fragrant hair!

How much did it cost me? Around P20.00 for the shredded coconut, and lots and lots of fun with my daughter!

To belatedly celebrate the birthday of Ehms, the Superfriends met at Metrowalk to have dinner at Bancheto.  Unfortunately, there was no more bancheto there so we opted to have dinner at Jay-J's Inasal instead. 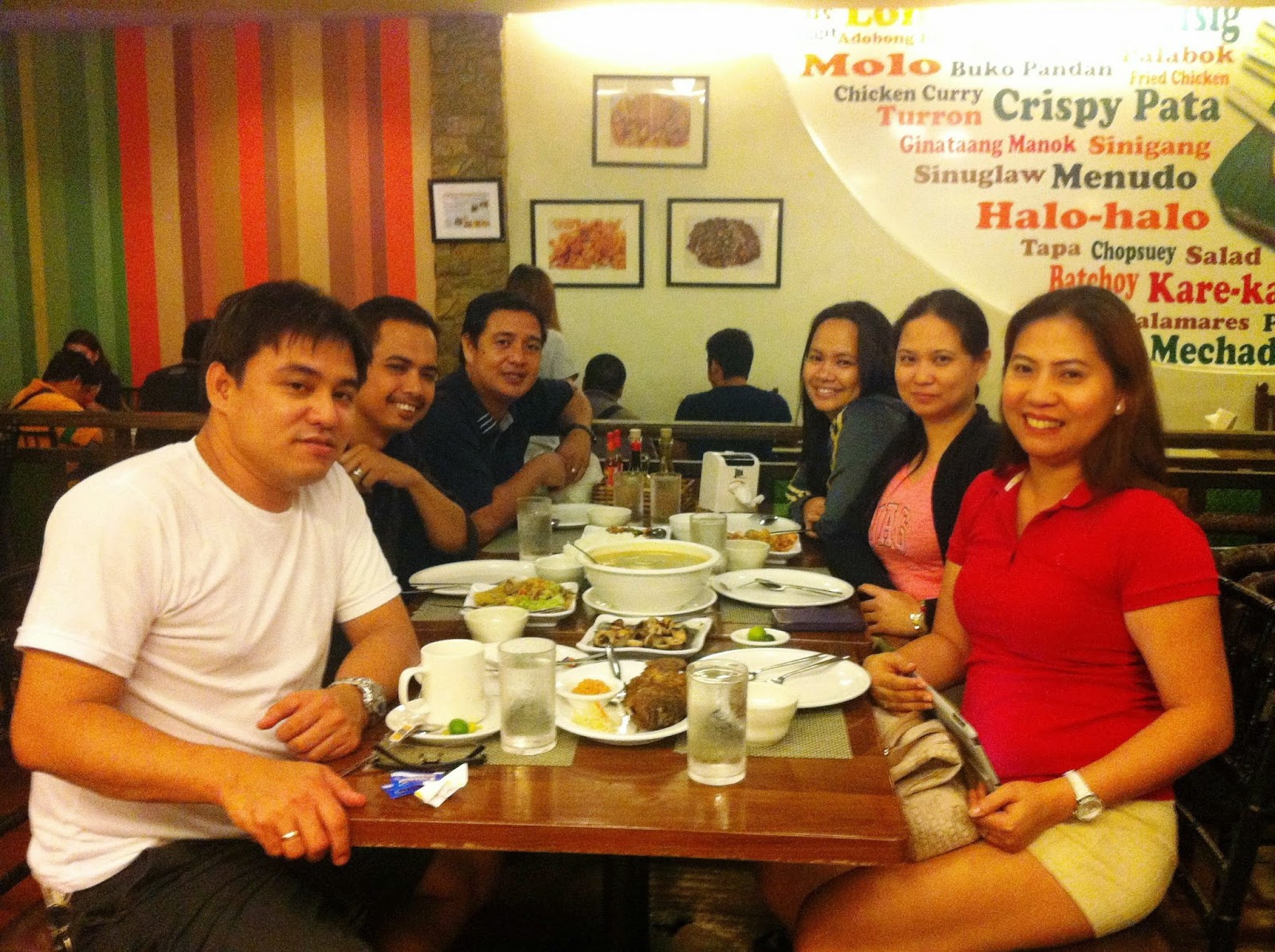 We opted to get their Family Meal Package good for 4-5 persons and it was more than enough for the 6 of us.  The food was delicious as always.  We had the shrimp, Sinigang, Pusit and seafood ginataan, as well as the deep-fried plala.  We added Pansit Canton as birthday noodles and we were set.  There was also the delicious turon for dessert (no picture, hahaha!) 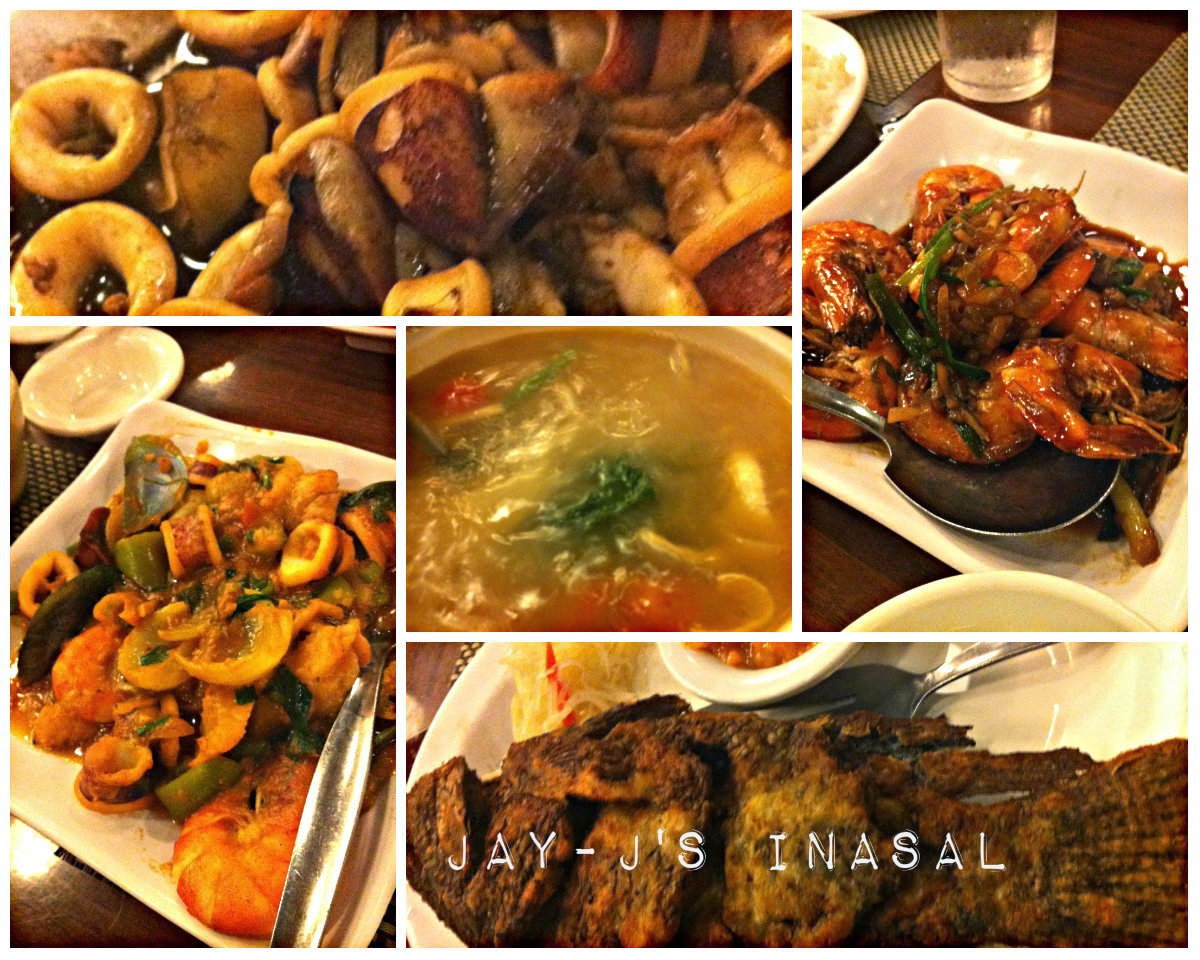 In celebration of her birthday and her recently awarded scholarship to Germany, our friend Rona treated us to dinner in Dampa sa Libis. The last time all 6 of us were together was in February when we went to Cambodia and Vietnam.  So dinner was a very enjoyable affair. 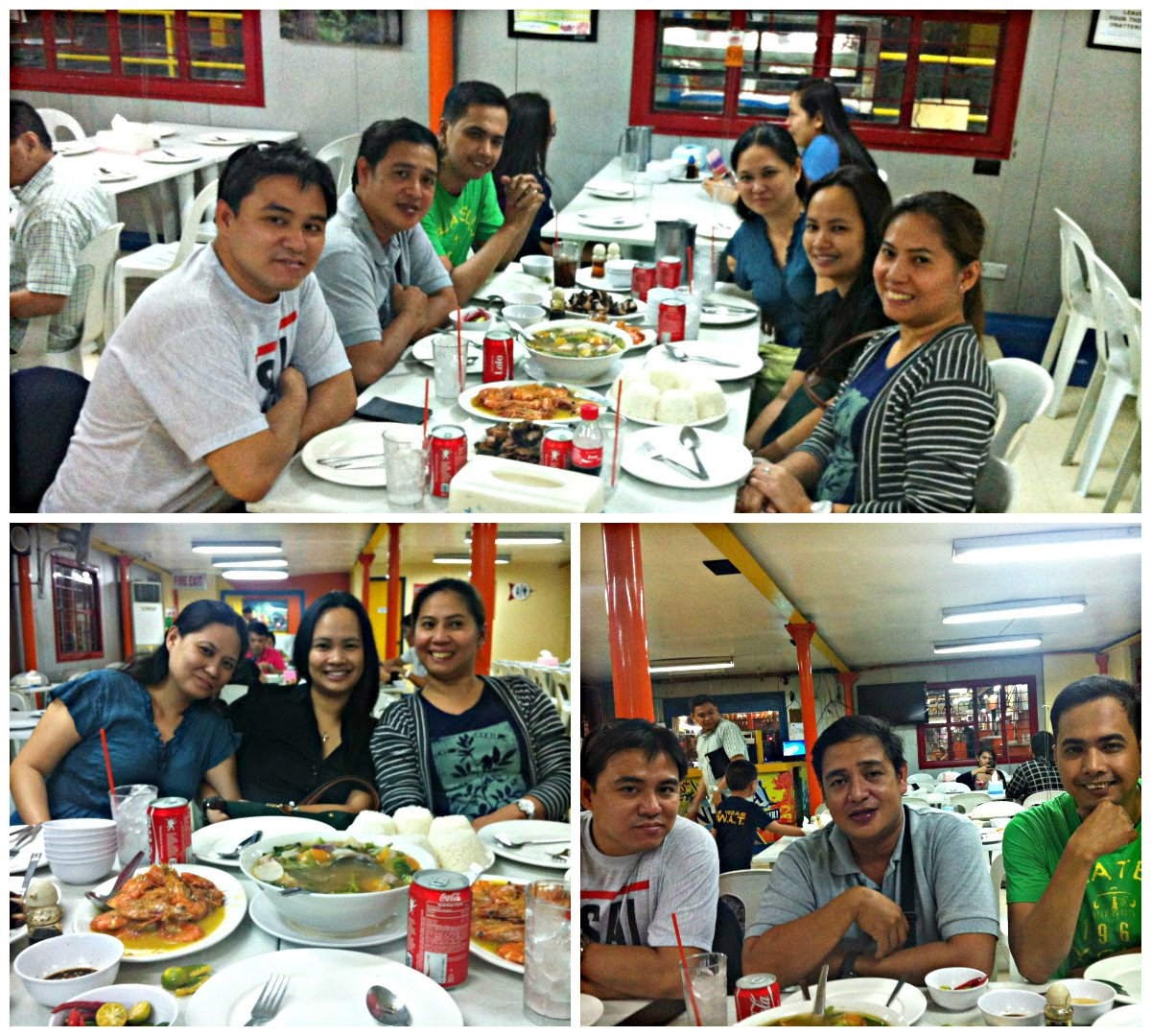 Rona and her husband Rodney was early, so they already ordered our dinner. They bought the shrimp and the pork from the market and had it cooked.  It was ready to be served when we got there. We had shrimp in lemon butter sauce, grilled and sinigang pork, siomai, and the chopsuey (not in the photo). 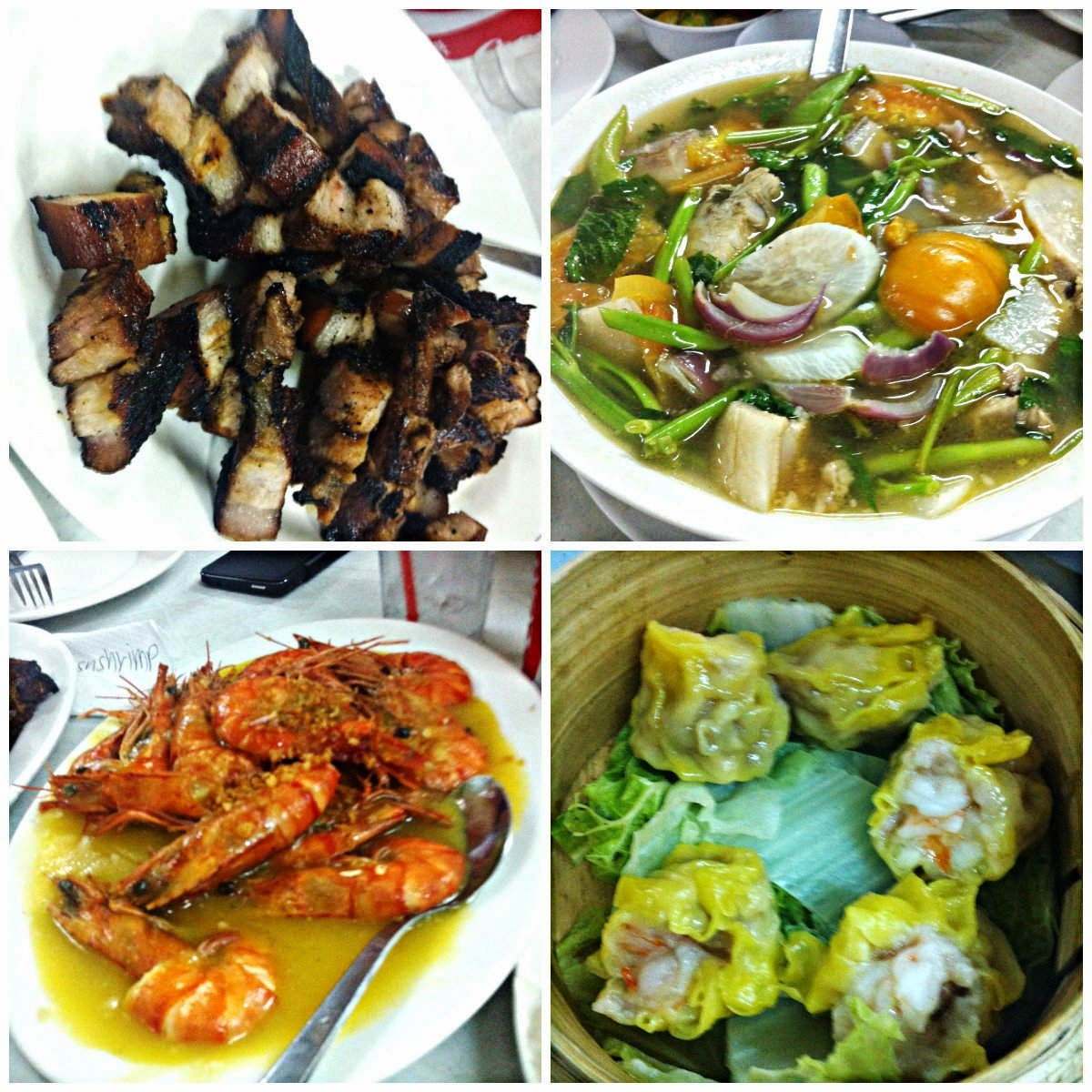 It was actually my first time to eat in Dampa, but I had fun so I am surely going to come back for another dinner soon!

I bought one Metrodeal voucher for 2-15" Fatboys Pizza for 299 and decided to redeem it last Sunday.  The deal is for 2 pizzas: Hawaian and Sausage and Mushroom and P299 seems like a good deal. 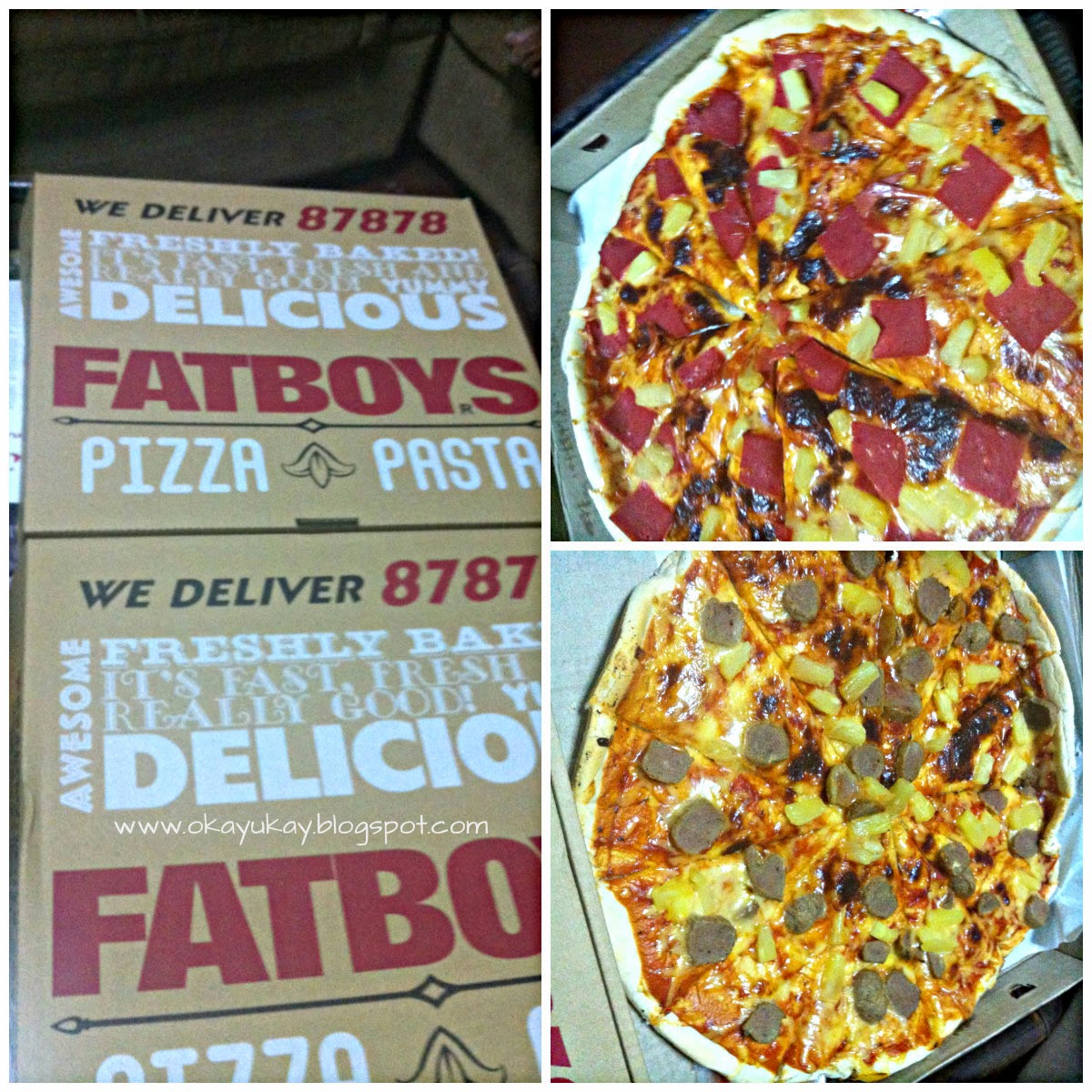 The Good:
1. Redemption was easy.  I went to the branch in Puregold Agora and handed the voucher to the girl,  she wrote it down and I signed, and voila! We have the pizza after 10 minutes.
The Bad:
1. There was no sausage available for the Sausage and Ham Pizza but since I wanted to try other flavors, I agreed with the girl to just replace the mushroom with pineapple. Bad combination.
2. The pizza was not delicious. Yes it was hot, yes it was nicely cooked but no, it was not awesome, nor really good nor was it anywhere near delicious.
3. The branch, which was in the food court of Puregold Agora did not look appealing.  I was surprised when I handed the voucher to the girl in front of the counter, and then she sat on the counter and throw her feet up, to slide to the other side, to get inside the counter!  The door under the counter was too small for a grow person to pass. But hey, maybe other branches looks just fine.

So, did I get good value for my money? No. As my son said, I should have bought from 3M pizza instead.

How to Plant a Malunggay Tree

I asked my friend for a cutting from their Malunggay tree so that we can plant one in our garden.  She asked their helper to cut a branch or small trunk of the Malunggay tree.  When I brought it home, my mom took out some of the skin and planted it in one big pail. 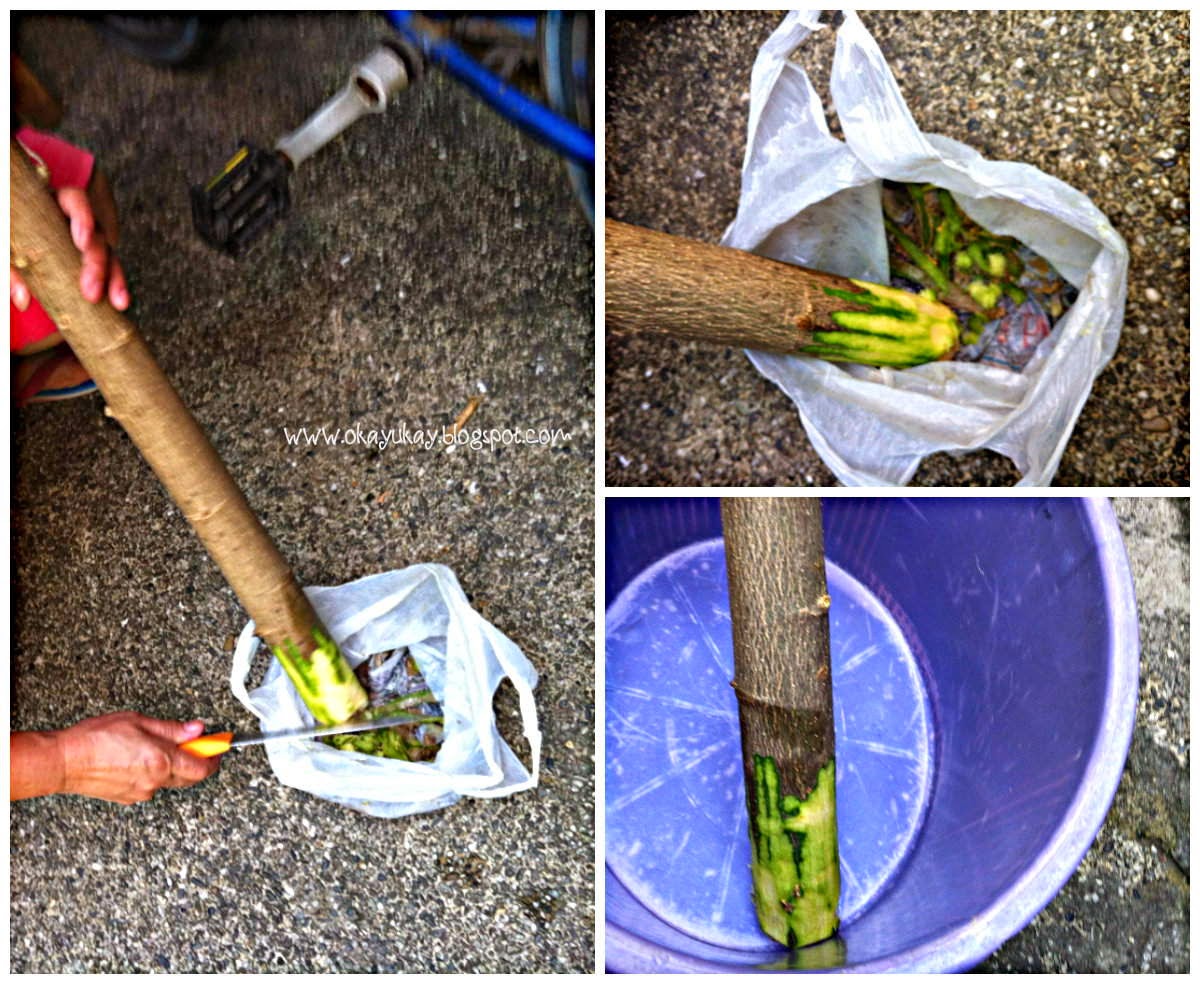 We filled it with soil and watered it and just left it alone.  Please note that this method of planting Malunggay tree is not as sure as planting from seeds but this will have to do for now. 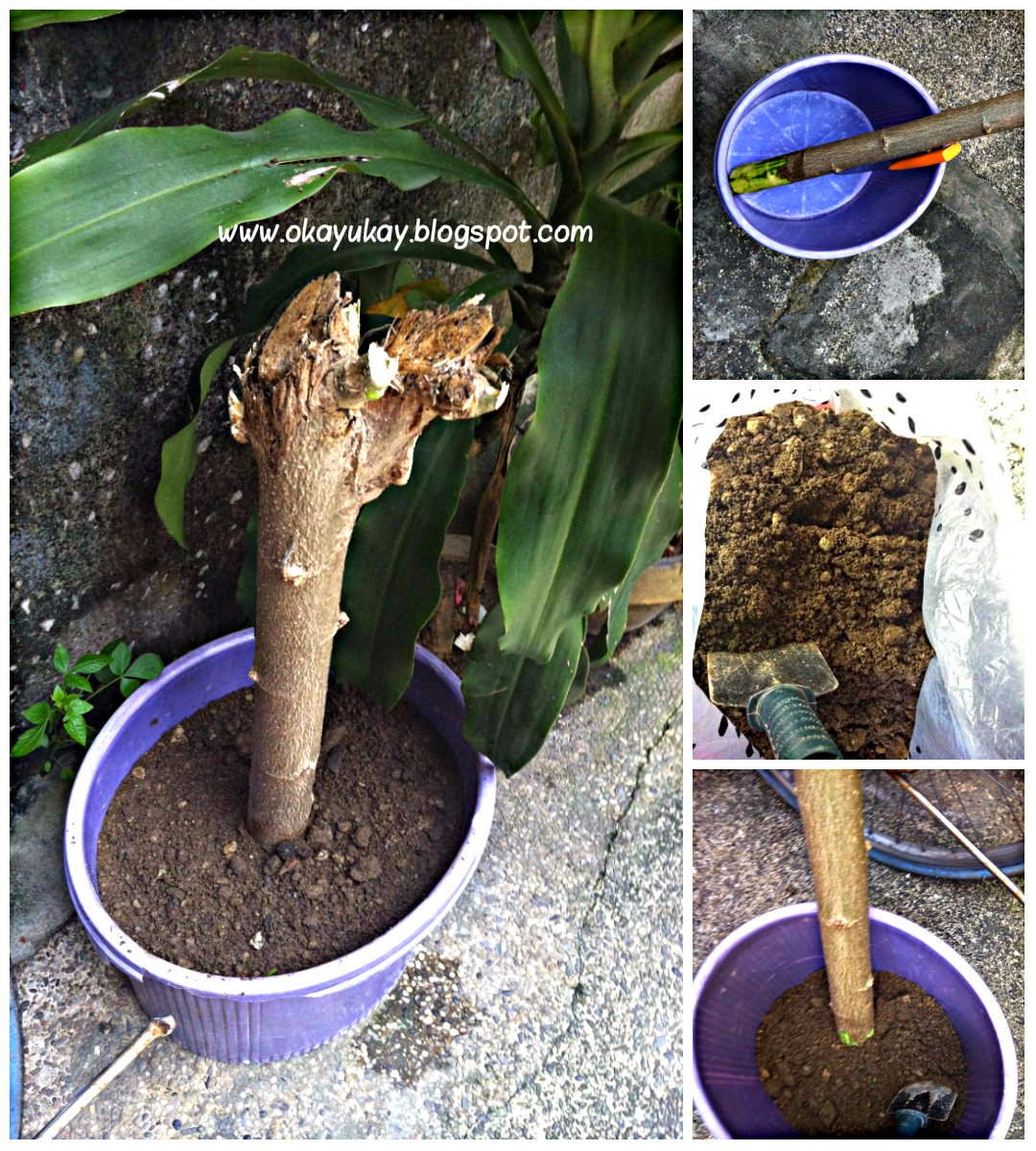 I will let you know soon if our Malunggay tree will make it and maybe we can enjoy the fruits of our labor soon!